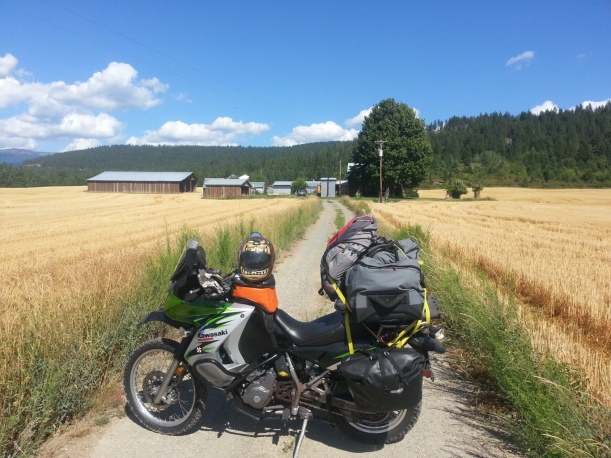 Idaho – Kimmie Lou, isn’t December 21st, 2012 just a line we all cross from one world into the next world?

Our intermission is over…….Happy New Age! RidicuRyder is back taking the lead role in evolving our species…….it would be really nice if the rest of you could catch the fuck up. Cracked up Morons leading the charge into a new consciousness will only take you beyond reason and sanity so far…..then you are on your own. There are millions of people more “evolved” than RidicuRyder……we just have bigger balls.

Most people directing events for our planet’s future are presently cocooned away in their own privileged little spheres. In the old days Kings, Queens and Knights rode out at the heads of armies…….they lead by example and took peace seriously. Today we have bullshit politicians who are little more than puppets and masses of people content to participate in the various charades when it serves their interests. For example: the president of the united (wildly ununited) states……the guy is a total pussy (like all of his predecessors). What happens when politicians and the private interests that control them cannot walk freely in the world……without a small army of bodyguards? Lying happens. Look around – this whole fucking shit show is a sham.

Truth then……how about some truth. For starters try this: I, Like Everyone Am An Individual Indivisible Presentation Of That Which Is Whole. When enough people say this over and over again and it is known, then men and women will begin stepping away from deceit and towards the realization of our species (in case any of you are interested in evolution). The idea that a few “important people” need to be protected (and are therefore allowed to do wildly stupid things) is idiotic. We are all IMPORTANT, all that we need to protect us is truth. Truth is all the protection we need, if you would all like to keep living lies….the world can be as small, divided and restricted as you would like to make it.

To keep things varied we will continue telling you of our travels from the summer of 2012 in the Old World. Before our travel section we will also discuss things of our present New Age…..the way we would like to see them, we may start alternating travel posts with opinion pieces…..it’s hard to say. RidicuRyder – Straddling Worlds, c’mon……we are the evolutionary link for humanity catalyzing into That Which Is Whole, would you expect anything less?

Da Megalomaniacs won’t make every post…….they leave you wanting more don’t they? Our whatever the fuck we feel like doing ethic has taken over certain aspects of the Blog. We will continue to post out of trip sequence (sometimes) from different worlds with poor grammar, limited punctuation and confusion or as we like to think of it…….shit you don’t understand because you are not evolved at our level (we are experiencing some ego slippage in this post……please buckle yours down). Start from Ride Along Reader’s Guide in November, 2012 for a primer to our story – then begin at the beginning……in a couple of hours you can basically achieve 17 7/8% of your evolutionary leap.

Below we are pasting in (without permission) what is an acceptable representation for The End Of The World……….also, these guys call themselves Global Research so that has to count for something.

Mayan Prophesy: Prepare Yourself for the “End of the World” at Global Research

By Prof Michel Chossudovsky
Global Research, December 20, 2012
Url of this article:
http://www.globalresearch.ca/mayan-prophesy-prepare-yourself-for-the-end-of-the-world-at-global-research/5316429
Since September 2001, Global Research has been bringing our readers a broad spectrum of voices analyzing global situations, from a coverage of the US NATO wars to the economic machinations of the financial elite.

And we will continue to do so because we believe that access to information is the key to the truth.

Unfortunately, due to the upcoming “End of the World”, we herewith advise our readers that we will be closing down the Centre for Research on Globalization (CRG) at the end of the Mayan Calendar, midnight 12.00, Central Mexican time.

If you trust the independent Media and believe in the Mayan Prophecy, it is not too late to make a last minute donation to Global Research.

Please, however, do not send us post-dated checks. No refunds after midnight.

If you prefer fact over fiction, do not trust the independent media, go to the Washington Post or the New York Times.

Ricardo Cajas – president of the Colectivo de Organizaciones Indígenas de Guatemala – said the date did not represent an end of humanity or fulfillment of the catastrophic prophecies, but that the new cycle “supposes changes in human consciousness.” (Translation). (quoted by Washington’s Blog)

What is at stake is a renewal, the unfolding of a new era.

The 21st is for giving thanks and gratitude and the 22nd welcomes the new cycle, a new dawn.

Rather than being the end of the world,

For the Mayans, December 21, 2012 marks the beginning of a new long cycle.

Help us develop in the course of the next cycle of the Mayan calendar.

If this message reaches you after the “End of the World” has formally commenced, your donation will contribute to the spirit of the Mayan renewal, which is characterized by “a transition to a better time for humankind.”

For Truth in Media,

Our best wishes to all our readers, for Christmas and the holiday season,

for Peace, Democracy and Livelihood in the New Year

Scroll down for more options. Your support us much appreciated.

While we are not facing an imminent “End of the World” scenario, the World is nonetheless at the juncture of the most serious economic and social crisis in modern history. The outbreak of a full fledged war against Syria and Iran could potentially lead humanity into a Third World War scenario.

The US possesses an impressive arsenal of weapons which it is being used to threaten the World.

An Orwellian police state has emerged, with spying and eves-dropping implemented at a global level.

Big Brother is instated at the height of the electronic age, with sophisticated data banks and surveillance techniques, operating Worldwide.

This email was sent to The Evolutionary Link by newsletter@globalresearch.ca.

RidicuRyder is not endorsing Global Research…….we just think they are a good alternative for the mainstream bobble headed corporate media drones masquerading as journalists. Any day now we are expecting Walter Cronkite to pop up out of the dirt holding Uzis with endless magazines in each hand. He will be roaming the earth’s newsrooms blasting a lot of assholes to bits.

We aren’t quite Cuddly New Agers.