If your Blllhhaaaaaagging has slowed down like the RidicuRyder Blog has in the past few years…we recommend following Kitty Meowington. Cat picture after Kitty shot after Meowtastic Captures will land in your inbox regularly until one day you say, “Alright Dammit! You Crazy Cats have convinced me to start Blogging again!”

Tasmanian: “So, listen up Bastard, these crazy fucking riders I’m passing you along to are off-the-charts-idiotic…but in a fun way. They’ll take a little getting used to, you’ll sorta hate them for a season or two….

Motorcycle Helmets stop being all that protective after awhile. RidicuRyder held onto the Tasmanian for roughly a decade longer than we should have. Strictly speaking, he was always a size too small for us. Scooping away a little Frontal Lobe styrofoam under the Bieffe’s (French Tasmanian) inner liner was a flagrant cheat in the first place, but it got us by. We picked up our new brain-bucket (properly sized XXXL) on sale…bigger Helmets are always spendy!

We couldn’t start using our new NEXX Carbon XR1.R right away though, he could tell when we tried him on in the shop that our skull was under an ancient Tasmanian Spin-Out Charm. We got the new helmet home and let him float around in the pool with our Old Faithful Tasmanian for a few hours before any transitional protection arrangements could be made.

The thing about Bastard is that he’s roughly 50/50 Black and White…Good with a healthy Evil contrast and he just doesn’t seem to give a fuck about what qualities you see in him or feel like attaching to. Almost anything goes with Bastard…except Bullshit (Did we mention he’s very Black and White?). He’s not a big fan of Grey areas and we sensed that about him right away. He was also $400 bucks off retail and fit us better than any other helmet ever had…like ever before, it seemed his lightweight Carbon Fiber outer shell had been molded with our wonky noggin in a parallel universe. We figured the Tasmanian could bring him up to speed on our Irregularities.

“Lemme get this straight,” exhales Bastard, “These two Morons aren’t just split personalities…they’ve somehow managed to wedge the entirety of existence between their ears?”

“Yeah” chuckles the Tasmanian, “That pretty much sums it up…I gotta tell you upfront, keeping this melon from cracking is easy because they’re already so fucking infinite, BUT you will have to put up with a lot of Sloppy Bullshit along the way.” Then after a few seconds, “Their Motorcycle, Kimmie Lou–is aces though–she’s spot on.”

“I noticed Kimmie Lou’s Vibe on the ride home–hanging off their left elbow like that gave me a good look at how she operates, she’s kinda quiet though,” mutters Bastard.

The Tasmanian glances around the pool deck, “She’s pretty selective about who she communicates with for the past couple of years, she used to be quite the chatterbox and she even knows Telepathy.”

Bastard and the Tasmanian float around the pool for another couple of hours. The Bastard hears all about this Goofy Blog called RidicuRyder these Scruffy Fuckers wrote from the summer of 2012…just as the world was ending and their marriage was falling apart. Eventually, Bastard decides he can make an exemption with being so Black and White for these two Maniacs…they just sound so far out, hanging out with this crew will be like taking a Vacation from Reason.

When the Tasmanian hears the NEXX agree to accept the job, “One final thing to consider Bastard.”

The Tasmanian leans back a touch and the float wobbles both Helmets with a quick squeak between them that passes the Spin-Out-Charm from the Old Bieffe into the New NEXX. “When you Vacate Reason they way these Silly Fuckers do there’s no going back….

ANGER AT THE END OF THE WORLD

Spent half my life out behind this rotten gin joint

on a life of introspective mediocrity

from some dude with long greasy hair

and an intimidating beer gut

Skanky barfly with teeth the color of a stained bathroom stall

drunken queen of the Kingdom of the Corner Stool

in the noxious summer sun

I learned about the bravery of men in Operation Overlord

from a wise and ancient WW II vet

as he inhaled a dozen cigarettes

into his shriveled, cracked face

I can feel my time is running out

two for ones end at 5pm

Hello there dear friends. I’m still going strong with all of the authors that I continue to invite along for this insightful gaze into their thought processes and what influences them. Just a quick note before we get started properly. I link to a lot of other articles in my posts, so WordPress users please […]

via Author Interview – Sarah Fader – CEO of Stigma Fighters and author of “#ThisIsWhatAnxietyFeelsLike: When you think everyone hates you

Assholes Watching Movies have turned me onto certain films I would never have seen otherwise. I’ll be seeing A Ghost Story when it’s out….

Film as a medium is almost infinitely flexible, universal and personal at the same time. Film is capable of so much emotion and yet it’s also capable of conveying the complete absence of it. Beauty or lack of it.  Terror or peace. And, as A Ghost Story proves beyond any doubt, film can make you feel so fucking uncomfortable and voyeuristic that you would give anything for the director to just yell “cut” already!

Put another way: how long do you think you could bear watching someone eat pie? Think carefully before you answer. For the full A Ghost Story experience, write your response down on a little scrap of paper and hide it in your house (or underneath a rock if your house is just a couple of pegs in the ground).

Whatever you think you can bear now, the inescapable truth is that no amount of tolerance for… 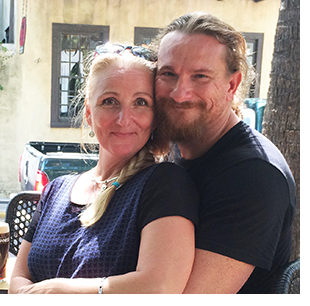 I need constant reminders that this is meaningless. It doesn’t matter how important you think you are, how real all of it is, there will come a day when we’re all gone and none of this will matter to anyone. It will be like we never existed at all. Billions of years will feel like […]

The Blog of Woof A well-meaning church lady sends a card overseas to “the troops” – and “Sarge” is touched by its generic rah-rah words of encouragement when he receives it in “Afghanistan.” The church lady, who is blonde and pretty in a buttoned-up, conservative way, sends a sexy picture along with it. Okay, no, she sends a picture of the church (just what every soldier is hoping to get!) but it really gets him through a tough time, when his buddy gets blown to bits on a Red Cross mission (it sounds like someone didn’t really do their war research, but that’s the least of the troubles: the effects budget is so non-existent that you could get a better display out of the fireworks that are leftover in your local corner store on July 5th)(no need to fear anything graphic – by “blown to bits” I mean he received a fatal bloody lip).